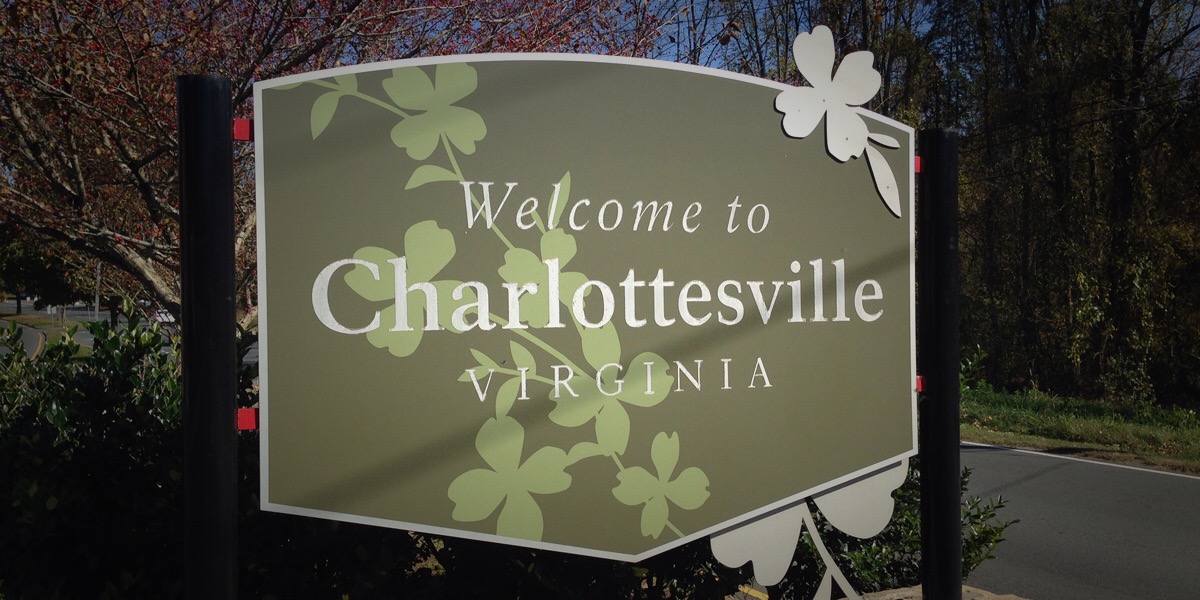 Charlottesville is nestled in the foothills of the legendary Blue Ridge Mountains, the area is known for year ’round natural beauty and a variety of accommodations, attractions, events, and activities that make it an ideal destination for visitors of all ages.

Come and enjoy ballooning, hiking, and world-class entertainment. The city is both the launching pad and home of the Dave Matthews Band as well as the center of a sizable indie music scene. Other popular activities in the area include world-class tennis, golf, horseback riding and racing, tubing, fishing, biking, camping, and the occasional hunting for antiques.

The area also boasts a thriving wine touring and tasting business. The nearly 30 local vineyards make up the state’s largest collection with several wineries winning national recognition. The wineries on the Monticello Wine Trail have all been inspired by Thomas Jefferson’s vision of winemaking. Also Virginia was once known as the hop capital of the world, and Albemarle County is home to a few growing and popular breweries and cideries from the region’s orchards.

A half-hour to the west of Charlottesville is the Skyline Drive and the Blue Ridge Parkway through the Blue Ridge Mountains. A three-hour drive to the east brings you to Atlantic Ocean beaches. Richmond, the state capital, is only one hour away by car, and Washington, D.C., is just two hours north. 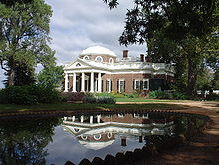 Charlottesville’s downtown is a center of business for Albemarle County. It is home to the Downtown Mall, one of the longest outdoor pedestrian malls in the nation. It is one of the most successful of its kind in the country and boasts over 150 shops and award-winning restaurants. A magnet for art, music, dining, shopping and entertainment, the mall is now home to a renovated Paramount Theater, one of few community-supported restorations of historic theaters in the country. The 1,200 seat theater has hosted nationally known entertainers. At the further east end of the mall is a 4,000 seat amphitheater, nTelos Wireless Pavilion, which draws big named acts into the downtown area and hosts a weekly Friday After Five concert in the spring through the fall, a local favorite to kick off the weekend. Local theatrics downtown include Charlottesville’s community theater Live Arts. Outside downtown are the Martin Luther King Jr. Performing Arts Center and Heritage Theatre Festival at UVa.

The 16,000 seat John Paul Jones Arena (JPJ) opened in 2006 and has already hosted national caliber events such as Taylor Swift, Bruce Springsteen and Cirque du Soleil. JPJ was voted as the Best New Entertainment Venue in the Country.

Charlottesville also is home to the University of Virginia. During the academic year more than 20,000 students pour into Charlottesville to attend the university. Its main grounds are located on the west side of Charlottesville, with Thomas Jefferson’s Academical Village, known as the Lawn, as the centerpiece. The Lawn is a long esplanade crowned by two prominent structures, The Rotunda (designed by Jefferson) and Old Cabell Hall (designed by Stanford White). 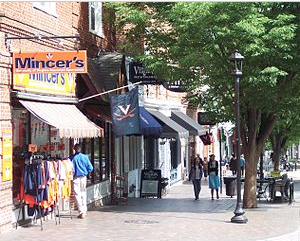 View of the Corner at the University of Virginia

The Corner is the commercial district abutting the main grounds of UVa, along University Avenue. This area is full of college bars, eateries, and UVa merchandise stores, and is busy with student activity during the school year. Pedestrian traffic peaks during UVa home football games and graduation ceremonies. Much of the University’s Greek life is on nearby Rugby Road, contributing to the nightlife and local bar scene. West Main Street, running from the Corner to the Downtown Mall, is a commercial district of restaurants, bars, and other businesses.

Charlottesville is host to the annual Virginia Film Festival in October, the Charlottesville Festival of the Photograph in June, and the Virginia Festival of the Book in March. In addition, the Foxfield Races are steeplechase races held in April and October of each year. A Fourth of July celebration, including a Naturalization Ceremony, is held annually at Monticello, and a First Night celebration has been held on the Downtown Mall since 1982.

Weather
The average July high is 88 degrees. The average January low is 26 degrees. Charlottesville averages more than 200 days of sunshine a year.

For information about attractions and events in our region, please consult the Charlottesville/Albemarle Convention and Visitors Bureau (CACVB) at the Downtown Visitor’s Center or online at www.visitcharlottesville.org

The Visitor’s Center is located directly across from City Hall on the east end of the Downtown Mall (610 East Main Street). The center is open seven days a week from 9am to 5pm and provides many services including same-day hotel reservations, local and statewide travel information, brochures, guides, maps, and more.

This error message is only visible to WordPress admins

Please go to the Instagram Feed settings page to create a feed.